How I Birthed My Last – My Gentle Cesarean Story

Birthing a baby is one of the most important things a mother will ever do in her lifetime. When I learned about Gentle Cesareans, I immediately knew this was an option I was interested in for my third birth.

I had two failed vaginal births that lead to two emergency cesarean sections, and I knew I had to do something different for my third, and final delivery. After doing my due diligence, I decided to have a Gentle Cesarean!

What is A Gentle Cesarean?

A Gentle Cesarean creates a more gentle environment and allows mothers/families to be more involved in the birthing process. When having a traditional cesarean, oftentimes moms feel left out of the beautiful delivery experience. This practice also called “Family-Centered Cesarean”, is something that most mothers don’t know about, mostly, because it’s not a common practice.

If you’re pregnant and are having a planned cesarean section, a Gentle Cesarean could be a viable option for you. As with any medical decision, do your due diligence and discuss your options with your doctor. It’s important to have them on board with your plans for a gentle cesarean.

Have this discussion EARLY on during your pregnancy. The last thing you’d want on the day of your delivery is to have your practitioner say, “sorry I can’t do that.”

As I share my story, keep in mind that every Gentle Cesarean is different and my story will not be the “norm” in every situation.

The Birth Of My Firstborn:

With my firstborn, I was a naturally minded mom (still am!) and I planned to have a natural water birth with a midwife. Luckily, I found the most amazing midwifery group at The Ohio State University. They had all of the perks and support I was looking for.

Going into this birth, I did not want an epidural or pitocin. Fortunately, I got to experience about 14 hours of blissful natural labor before things started going downhill. I wasn’t progressing beyond 7 centimeters dilation and my midwife decided that it was best to start a pitocin drip.

Once I got shot up with pitocin, my labor pains turned from pure bliss to pure horror! Let me say that again: Pure. Horror.

I just could not tolerate the pain and requested an epidural about an hour later. About eight hours after the epidural, I STILL was not progressing and the baby turned sunny side up! My midwife tried her hardest to help me get the baby to turn with no luck.

Several hours later, my heart rate went down and the baby was in distress. At that moment I was immediately wheeled down to the operating room for an emergency cesarean. After about 26 hours of intense labor, I was so exhausted that I could hardly keep my eyes open during the operation.

I was barely aware of what was happening around me and it felt like a dream. After spending 4 days in the hospital, I was sent home with my happy and healthy baby girl!

The Birth Of My Secondborn:

I was determined from the result of my first birth experience, to have a natural VBAC (vaginal birth after cesarean). In addition to a doula, I had the same wonderful midwives from OSU and I knew they would support my decision.

Unfortunately, I was not able to have a natural VBAC because I was 40 plus weeks pregnant and needed an induction. That was a bummer because I HATE pitocin! However, I was still determined to have a VBAC. I tried so hard to bear the extra horrible labor pains that pitocin gives me. Unfortunately, I failed after about 2 hours and requested an epidural.

After the epidural was given, labor progressed slowly but steady up until I dilated between 8-9 centimeters where I stalled for hours.

Huge bummer for me!

Several more hours passed and I finally reached 10 centimeters! Now it’s time to PUSH! I pushed and I pushed and I PUSHED, yet baby would not budge. (So hard in fact that I developed diastasis recti in my abdomen.) After pushing for nearly 5 hours, I developed a temperature because my amniotic fluid got infected and the baby was exposed to the infection, putting us both at risk.

At this point, it was no longer safe for me to continue pushing and I was wheeled down to the operating room for an emergency cesarean. Just as before, I was in labor for about 26 hours and was so out of it that everything around me felt like a dream.

After the delivery, my son and I spent 5 days in the hospital and we were both given antibiotics to fight the infection.

Both experiences for me were awful and emotional. Twice, I could not enjoy my labor and delivery because my life and the life of my baby was in jeopardy.

I’m happy to report that both my daughter and son are happy, healthy, and thriving!

The Birth Of My Thirdborn:

I decided to continue my prenatal care with the wonderful OSU team. Unfortunately, because I opted for a planned cesarean operation, I could not have a midwife. I did, however, have a fantastic OBGYN.

The doctor was on board with my plans of having a gentle cesarean. I gave him a written birth plan with my wishes and expectations. We then went on to have a thorough discussion about everything on my checklist.

For example, in my plan, I had that I did not want my arms to be strapped down during the operation. I wanted my arms free so that I can hold my baby on the operating table. I also wanted the drape low enough to where I could see the baby when she was delivered.

Finally, the much anticipated day has arrived and I was so anxious as my husband and I sat waiting in our pre-op room. I wasn’t an anxious wreck, but more of a let’s get this show on the road, type of anxious!

While in the pre-op room, I made sure that the nurses knew my wishes and I presented them with a written copy of my birth plan as well. They asked me tons of questions about my birth plan and made sure it was what I wanted. Once their whole spiel was over, it was time to get the show on the road!

This time around, I was thrilled when I was being wheeled down to the operating room! I knew I would get to enjoy and experience the birth of my daughter with complete awareness. As I lay on the operating table, I was alert and not falling asleep from pure exhaustion.

I was even laughing and conversing with the team of nurses and doctors as they were prepping me for the cesarean. Instead of an epidural, I got a spinal block. The numbness took effect much, much quicker than I anticipated and to my delight, the operation began soon after. I could hear every single thing that was happening.

Every. Single. Thing. And I loved it! I was happily conversing with my husband as he was sitting next to me. I even had some goofs and giggles with the anesthesiologist. Things were great!

I loved that my doctor agreed to give me a play by play synopsis of what was happening as he was performing the surgery. I requested this in my birth plan because I wanted to know what to expect as it was happening. He was very detailed in what he was doing and it kept me at ease.

When the moment came for my daughter to be born, the doctor peaked over the drape and asked me if I was ready to have a baby.

I happily shouted, “YES!” He continued to give me amazing details and when he told me that her head was out she immediately started to cry! Of course, I’m crying too!

After the umbilical cord finished pulsating, my husband cut the cord. She was then brought over to me and we began our skin to skin bonding. She immediately began to root for my breasts and started breastfeeding right on the operating table! It was the most beautiful thing in the world!

The nurses were able to check on the baby right there on my chest. She was briefly taken away to get weighed and measured but was returned to me within a few minutes.

My husband was also much more relaxed and engaged this time around! Can you imagine how he felt the previous two times?

Once everything was over and we were settled into our room, I looked at my husband and said “That was amazing! I’m so glad we did this!”

Later that evening, when my doctor visited me in my room, he told me that he was glad I decided to opt for a cesarean because the lining of my uterus was very thin and probably would have torn if I were to push, causing an emergency cesarean and/or excessive bleeding.

I’m glad that I listened to my intuition and opted for a gentle cesarean. By far, it was the best decision we could have made and I would again in a heartbeat!

Again, a friendly reminder: My experience is my own. If you’re interested in having a Gentle Cesarean, please do your due diligence and make the decision that is right for you and your family and discuss your options with your practitioner.

Hi, I’m Kimberly – a Jesus follower, redeemed by grace and fueled by chai tea lattes! I’m a wife, homeschool mom of 3 and online business owner/coach. I was born and bred in Southern California but I now enjoy true Southern living by way of East Tennessee. Homegrown Motherhood’s mission is to equip homeschool moms with Biblical truths and tips on balancing marriage, faith, homeschooling, homemaking, build an online business + balance it all with grace.

Want access to my exclusive Mom Vault? Subscribe to gain access to my ever-growing library of super helpful printables to help you homeschool, run your home, business, and life with ease!

Your Birth Choices and Why They Matter 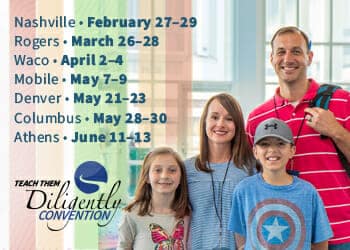 I am jumping with excitement because I can officia

✨Let's be real for a minute: Building a successf

I get a lot of questions from people asking me wha

Penmanship is such an important skill! I’m so gl

Fall is FINALLY here in East, TN and we’re soaki

I spent last week at the beach in Panama City, FL

Any cookies that may not be particularly necessary for the website to function and is used specifically to collect user personal data via analytics, ads, other embedded contents are termed as non-necessary cookies. It is mandatory to procure user consent prior to running these cookies on your website.